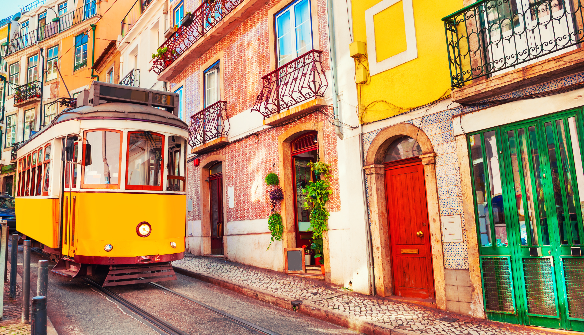 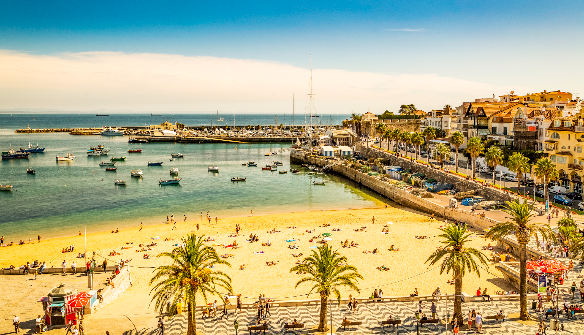 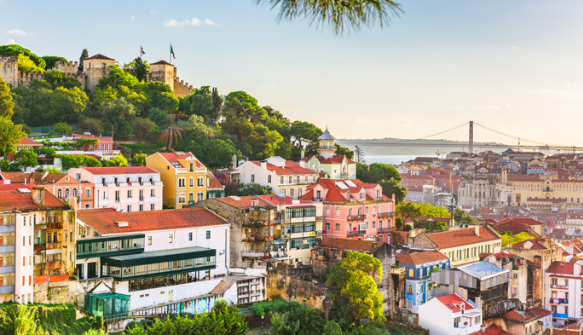 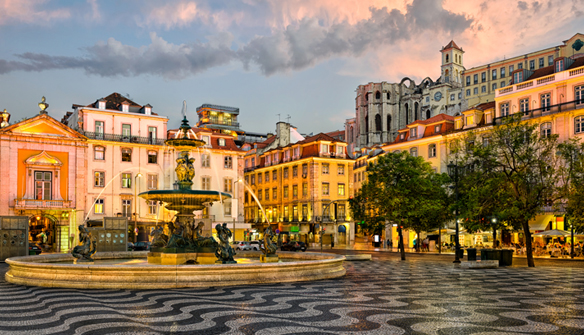 Portugal is known for its exquisite churches carved in "lace", romantic ballads, endless olive groves, and flowering almond trees. Remnants of former civilizations are abundant from foreigners who conquered and were conquered here including Romans, Moors and Jews. Together, their influences inter-mix with attributes of countries that were linked to the rest of the world by Portuguese discoveries across the globe. Lisbon, the country’s capital since its conquest from the Moors in 1147, is a legendary city with more than 20 centuries of history that beckons you on your vacation package to Portugal. Voyages of discovery turned Lisbon into one of the world’s great ports and the base of an empire that stretched from Brazil in the West to India in the East.

Medieval castles, cobblestone streets & white washed villages, captivating cities and golden sand beaches are just a few of the components of this intriguing country. Portugal’s richness and culture can be seen in its historic cities featuring monuments of various architectural origins scattered around the country blended with unique and ever-changing landscapes. Outside the big cities along the coastline, Portugal’s beauty unfolds in a verdant and stunning manner with deep valleys revealing picturesque stone-built villages. Whether you’re unveiling Portugal’s fairy-tale castles or relaxing in the countryside manor house sipping a glass of wine, you’ll be charmed by the Portuguese beauty and endless ways of exploring this small yet fascinating country.

Lisbon is the city of seven hills overlooking the Tagus River, a place that combines amusements, comforts, innovation, culture, as well as, unveiling its beautiful nature and history. Lisbon’s versatility is a delicious blend between traditional and modern, its heart-stopping views reveal the city in all its beauty with Roman and Moorish ruins, white cathedrals, grand squares with charming cafés and restaurants. Whereas other parts of town, are thriving with a cutting-edge aura with contemporary buildings, bohemian bars and riverside clubs.

Its narrow cobblestone streets, also safeguard, a rich heritage and traditions, for giving birth to Fado, a melancholic and poetic music. Its outskirts couldn’t be any different, scatted with picturesque towns all preserving its own treasure. The common element is nature, Sintra has verdant mountains guard its fairy-tale town, Cascais is commonly referred to as the Portuguese Riviera – a charming fisherman village and Estoril Coast has luxurious landscapes overlooking the sea. Not to mention, the World Heritage Sites, scattered around Lisbon and its outskirts.

This monumental city features typical tile-covered building facades and narrow streets, where one can hear the “fado” being played and sung at night. On our authentic and enriching package, explore the restored palaces, majestic churches and the imposing hilltop castle, reflective of the city's rich origins. Beyond her old-world traditions, Lisbon offers the modern appeal of a cosmopolitan city boasting excellent shopping and dining opportunities for all. Travel to Portugal along the Southern Coast where the Algarve region offers mild temperatures, sun-soaked days, unparalleled beaches laden with superb resorts, cruising options to explore lesser known villages, spas and nightlife offerings to suit just about any penchant or budget.