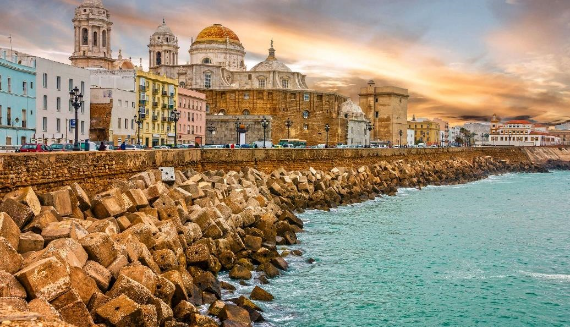 Situated on a narrow slice of land surrounded by the sea‚ Cádiz is, in most respects, a typically Andalusian city with a wealth of attractive vistas and well-preserved historical landmarks. The older part of Cádiz within the remnants of the city walls is commonly referred to as the Old Town (Spanish: Casco Antiguo). It is characterized by the antiquity of its various quarters (barrios), among them El Pópulo, La Viña, and Santa María, which present a marked contrast to the newer areas of town.