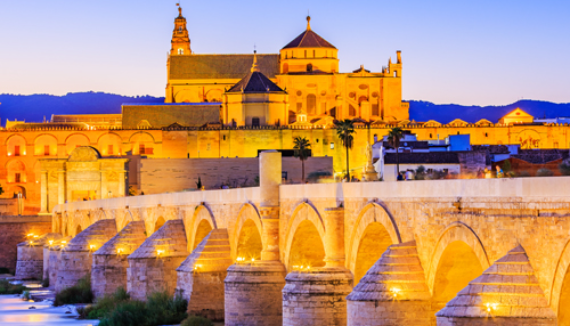 Cordoba is located on the banks of the Guadalquivir river. It has a rich architectural and artistic heritage including particularly the Great Mosque. Upon arrival in Córdoba, the group will begin a walking city tour through the center. It is a mixture of architectural styles superimposed on one another over the nine centuries its construction and renovations lasted. Standing in the historic centre, it is one of the most beautiful examples of Muslim art in Spain. The mihrab is considered one of the most important in the Muslim world, being the finest piece in the mosque.