RONDA, CITY OVER THE ABYSSS 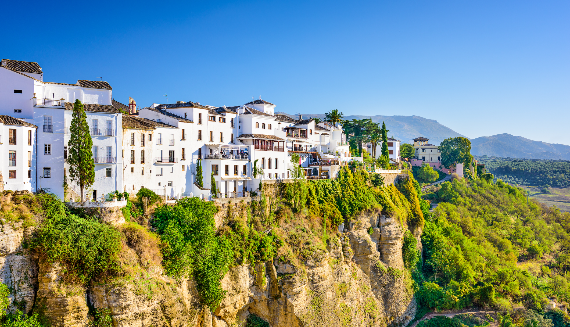 RONDA, CITY OVER THE ABYSSS

Ronda is one of the oldest cities of Spain. Its origin, according to archaeological findings in the old city space belongs to the Neolithic age. A proof of this are the sites found at caves, being the most important the one found at the Pileta's Cave, which is one of the best cave's paintings examples of all the Palaeolithic age in Andalusia. Three bridges, Puente Romano ("Roman Bridge", also known as the Puente San Miguel), Puente Viejo and Puente Nuevo ("New Bridge"), span the canyon. The term "Nuevo" is a bit of a misnomer, since this bridge was completed in 1793. Along the way we can also enjoy the incredible landscapes of the Sierra de Grazalema Natural Park, including some small white villages.